How Soon Should You Send a Proposal? 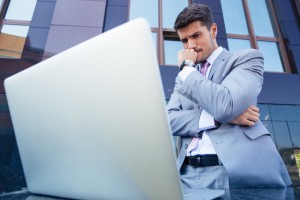 Knowing when to send a proposal can be just as difficult as crafting the proposal itself. This is especially true if someone says, “that’s fine, just send me a quote” or “just send me a proposal” without being all that interested in the solution you offer.

After all, writing, designing, and putting together sales proposals takes time, and you don’t want to waste precious time on prospects that have no chance of converting.

Here are some things to keep in mind before sending over that proposal and how to determine the right time to hit send.

Before You Send a Proposal

First and foremost, it’s important to remember that not every prospect is meant to be a customer.

As a salesperson, you need to determine if the prospect/company in question is a good fit. Ask yourself, does it make sense to do business with this organization?

When you’re asked to send a proposal, here are some questions to ask yourself and/or the prospect before obliging:

Ultimately, asking questions is the best way to not only determine if you should send a proposal, but to see if the prospect is a good fit for your solution and organization.

Determining When to Send Your Proposal

One of the best ways to know if and when you should send the proposal is to look at past experience.

By keeping track of the time and resources spent versus number of deals won, you’ll be better able to determine if you’re utilizing your time efficiently.

Based on the numbers you’ve accumulated and the similarities you’ve seen between accounts won, you’ll have a much better idea of if and when you should be sending your proposals.

Asking prospects the right questions and knowing which type of client is a best fit for your business will help you and your entire sales team be much more effective and efficient.

Only send sales proposals that you know will actually be seriously considered and stop wasting salespeople’s valuable time.