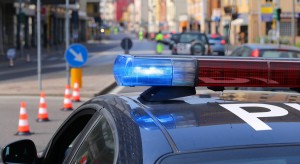 Last week I wrote about plagiarizing for the benefit of the company. I talked about stealing wholeheartedly from your colleagues to win the deal. Then I heard something that I can most kindly classify as NOT brilliant—plagiarizing from your competitors (direct and indirect).

I don’t know if anyone else will think this is a good idea—I hope not. But I figured, why not make doubly sure. So here we are.

Sure, there are companies in your industry (your competitors) that win deals away from you. There are bigger companies, sexier companies, companies that pay more, that have more profit, and all sorts of other MORES that leave you behind and jealous. And if you’re reading this, saying, “Nope, we’re the tippy top,” then you’re lying to yourself and you need to open your eyes and take a look at the competition. And as you do, you’ll see themes that emerge in your industry, and you’ll see some really clever and good stuff out there. You’ll also see a ton of crap, but that’s for another day.

There are some truths in every industry. For example: sales proposal software saves time. That’s just a fact of our industry. It’s a claim that virtually every proposal software company can (and does) make. But if you can’t find a unique way to say it, and present it (especially in your proposals), then you’re not differentiating yourself, and therefore, you’ll lose. So then why would anyone ever think that PLAGIARIZING from competitors is a good idea? All you’ve done is lowered your station.

Let’s assume you did copy content and ideas from your competitor. You now send your proposal out to your prospect, and they get two similar proposals. As we said before, your competitor likely has another edge on you (their size, their lower price, their “in” with the prospect). Well then, the fact that your proposal says the same thing as the competition’s just eliminated you from the contest. So don’t steal—the last post was advocating for sharing within your organization, not outright theft.

Then there’s the flip side, which I think is more interesting and less obvious and worth a quick discussion. Let’s say you’ve put thought and time into your proposal and really differentiated yourself. And guess what, that message gets copied from you—word-for-word. Well, the sad truth here is that it’s just “too bad.” See, proposals are about closing the deal, getting the signature, and moving forward on a journey together with your new account. If you can somehow prove/point out that you were copied…so what? Now you are the sore loser, and no one wants to walk off into the sunset with a loser (especially a sore one). You have to differentiate constantly. Take the high road because the low road is just a trap. Hopefully it’s a trap you now know to look for and won’t fall into.

Learn how to write your own (and good!) proposal content. Sign up for our blog–just enter your email on the right!